THE MAGIC FLUTE UNVEILED is the first of two talks being given by Noeline Hart on Saturday 10th June at The Theosophical Society in Scotland Headquarters, 28 Great King Street, Edinburgh.  (The second of her talks is AN INTRODUCTION TO THE MYSTICAL KABBALAH - see separate page.) 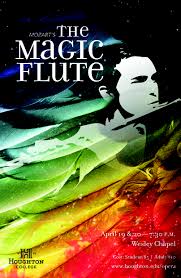 The Magic Flute is one of the most well known and loved operas in the history of classical music. It has a fairy tale plot and the music is easy to listen to.

On the surface it seems to be the perfect introduction to opera or entertainment for all the family to enjoy together. However, beneath all this apparent simplicity, can be found many deep layers of meaning. Hidden in full view, behind the frivolity of what seems like a pantomime is a very deep and esoteric story of ‘initiation’

The aim of this lecture is to show how Alchemy, Astrology and Kabbalah have been woven into the story of the Magic Flute to send the knowledge out into a wider field of human consciousness, where it will be absorbed on many levels by countless generations. 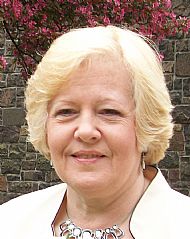 NOELINE HART lives in Southport and is married with four adult children. She has a degree in Education and was a classroom teacher for thirty-four years. She has been a member of the Theosophical Society in England since 1986 and is President of the Southport Lodge. She is currently a director on both the Executive Committee of the English Section and the English Theosophical Trust, as well as a trustee on the Foundation for Theosophical Studies.

As a life -long student of the Esoteric teachings she has developed a special interest in Astrology, Alchemy, Kabbalah and the Western Hermetic Tradition and has given lectures at Theosophical Conferences, The English Summer School, and the European School of Theosophy.

She teaches and runs study groups at her centre ‘Rainbow’s End’ and is currently involved in writing articles and lectures on various Theosophical subjects.